This Sarakosti why not bake and revive an old Greek custom with this Kyra Sarakosti Recipe (Greek Lent Lady)?Combine tradition with a great family experience.Create this Lady Lent with your little helpers and have fun in the process!A great activity for children to get involved with! 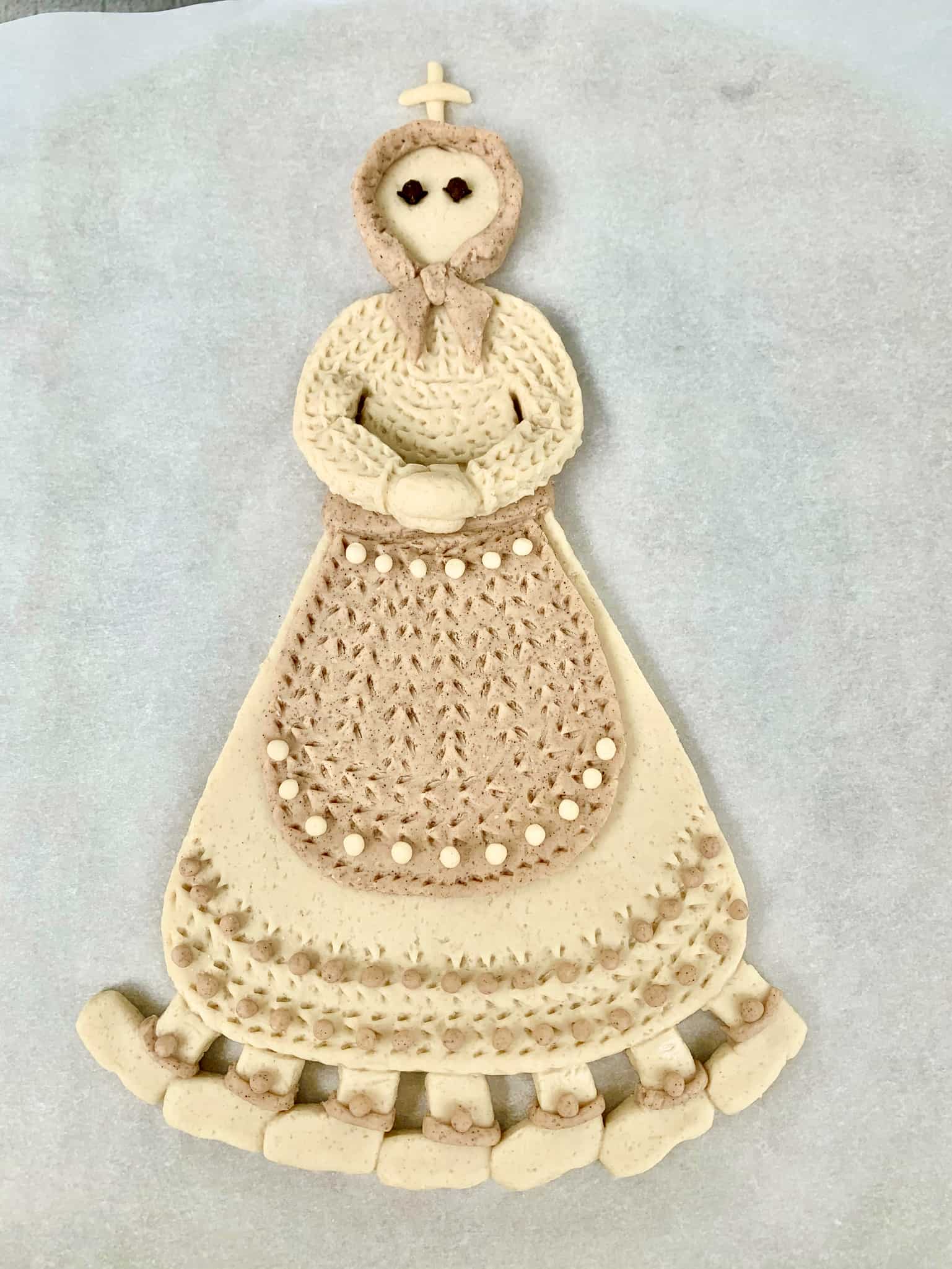 What is Kyra Sarakosti or Greek Lent Lady?

Sarakosti marks the beginning of Great Lent, 40-Day period of fasting prior to Easter or Pascha. One old custom and fun-filled family activity is that of Kyra Sarakosti or Greek Lady Lent.

Kyra Sarakosti or Greek Lent lady is still prepared at the beginning of Sarakosti and marks the 7-week period  of fasting for the Great Lent. In a way , Greek Lent Lay serves as a calendar and countdown to Easter or Pascha.

It is traditionally made of bread, though in some areas of Greece it can also be made out of fabric with seven attached feathers. The most well known bread Lady Sarakosti is either depicted as a lady dressed in folklore or as a nun.

The bread version of Greek Lady of Lent is depicted as a lady with a cross on her head depicting her Christian faith. She has no mouth as she is fasting. She may have ears, but these are covered by a scarf, as she refuses to listen to gossip.Some depict her with no ears whatsoever.  Either way this represent her unwillingness to listen to any gossip. Finally, she has seven legs or feet, each one representing the seven weeks of Great Orthodox Lent.

Each week one of the legs or feet is broken off with the last one left for Easter or Pascha. The ancient custom has it that the last leg or foot is hidden into either an Easter bread or in a bowl of fruits usually figs. The bread or fruit are then offered to guests  and whoever finds Kyra Sarakosti’s last leg is the lucky one.

Try my Lady Sarakosti recipe and join in the fun.

How can I make Kyra Sarakosti?

My Kyra Sarakosti recipe (Greek Lent Lady) is very easy to follow and requires bread, water and salt alone. Simple ingredients. Do not be alarmed by the amount of salt, it acts as a preservative. You can also add sweet spices like cinnamon and clove to decorate her. One thing to remember though, is that Kyra Sarakosti is fasting and is thus dressed in simple clothing.

Start by combing flour with salt and mix. Continue adding small quantities of lukewarm water to form a dough. Knead the dough and then let it rest for 1-2 hours until the salt gets absorbed. 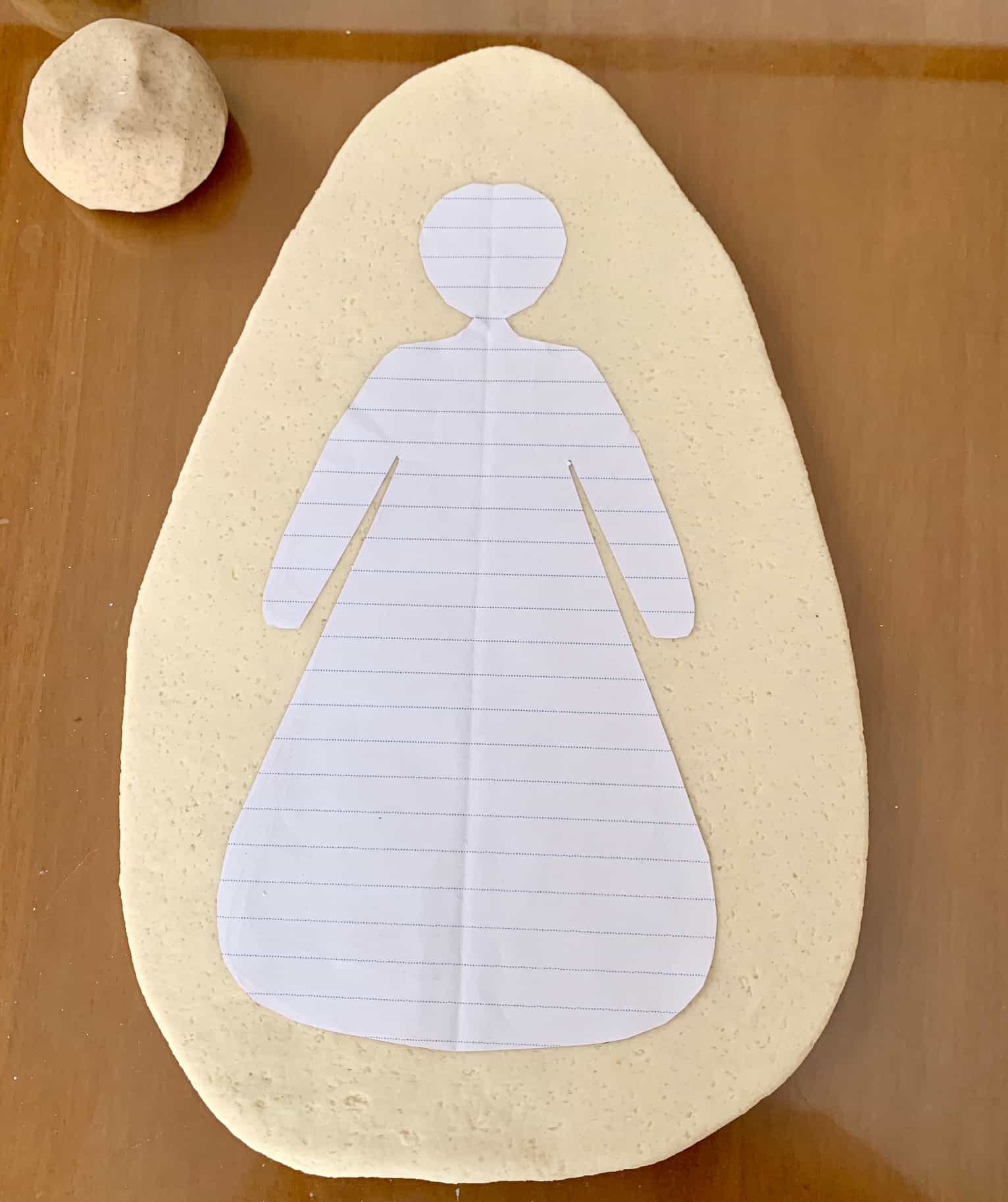 After the dough has rested, roll it out on the kitchen counter to an approximate thickness of 1cm with a rolling pin. There are many ways to cut out the figure lady. You can draw a lady figure in a sheet and follow the outline with a knife or you can be brave enough and shape it directly.  You can be as imaginative as you want with her clothing and make them in different colours. I use cinnamon, not only for its colour but also its fantastic aroma. You can also add ground cloves which will also  smell fantastic. Take the remaining portion of the dough, mix it with spices and start creating.

which is an old custom

our grandmother used to make

with bread and flour

For a jewell she wears

a cross on her head

but her mouth was forgotten

as she was fasting long

And the days were counted

with her seven legs

broken off each a week 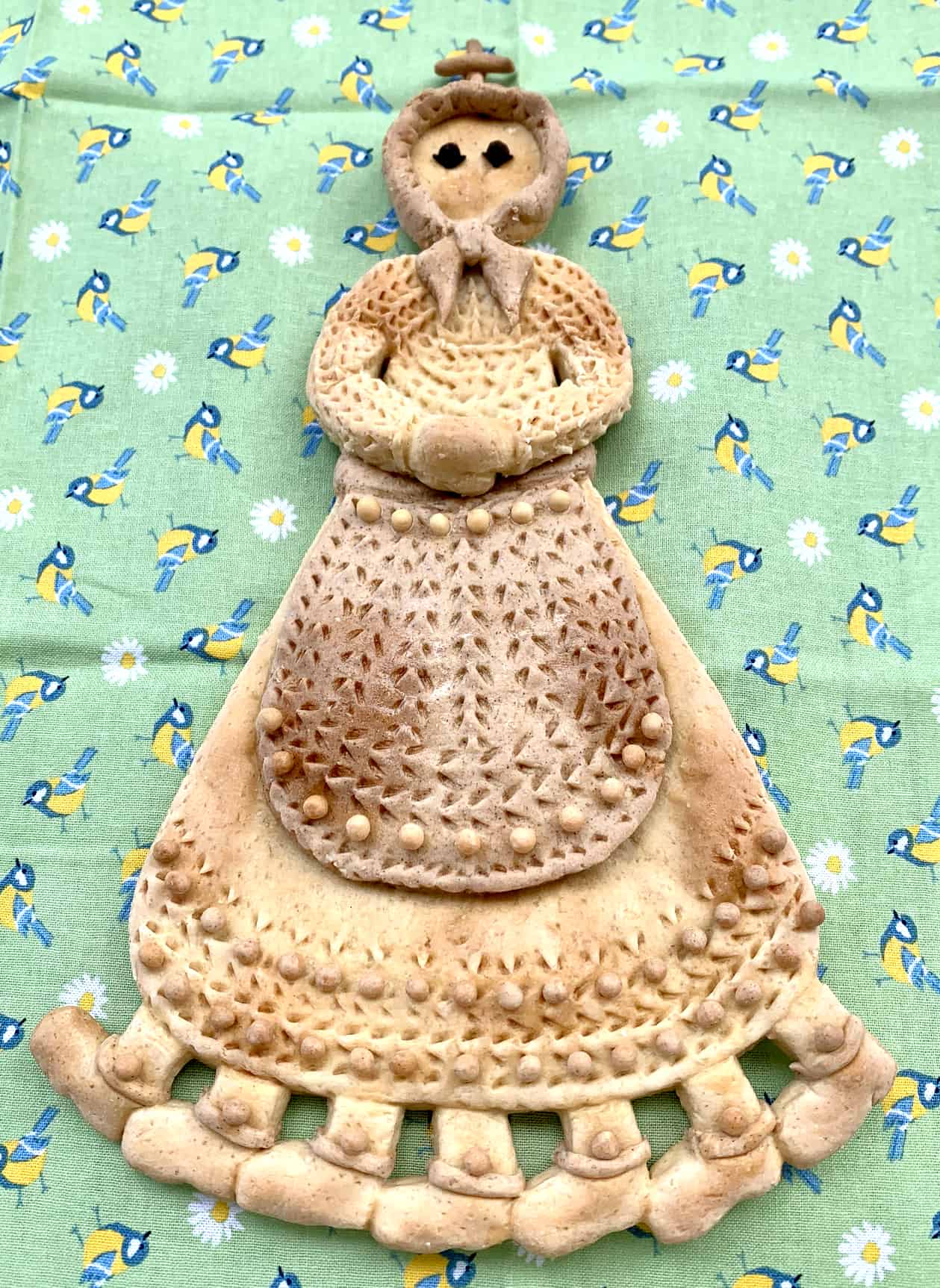 Why not try also my Greek Lagana Bread Recipe and other Lent recipes? 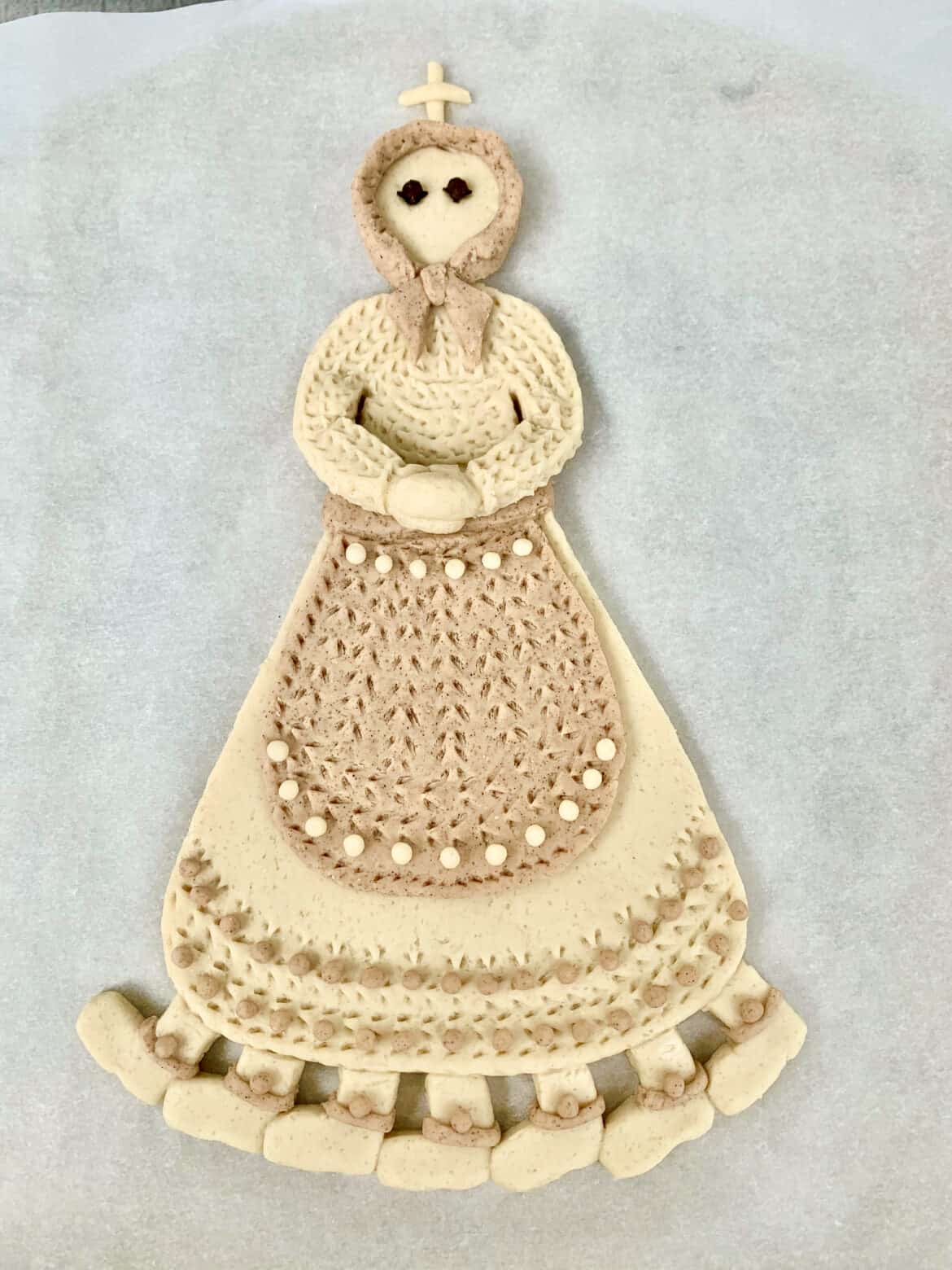