Spinach Leek and Feat Pie is a variation of the famous Spinach pie or Spanakopita as called in Greek with leek added to the mix. 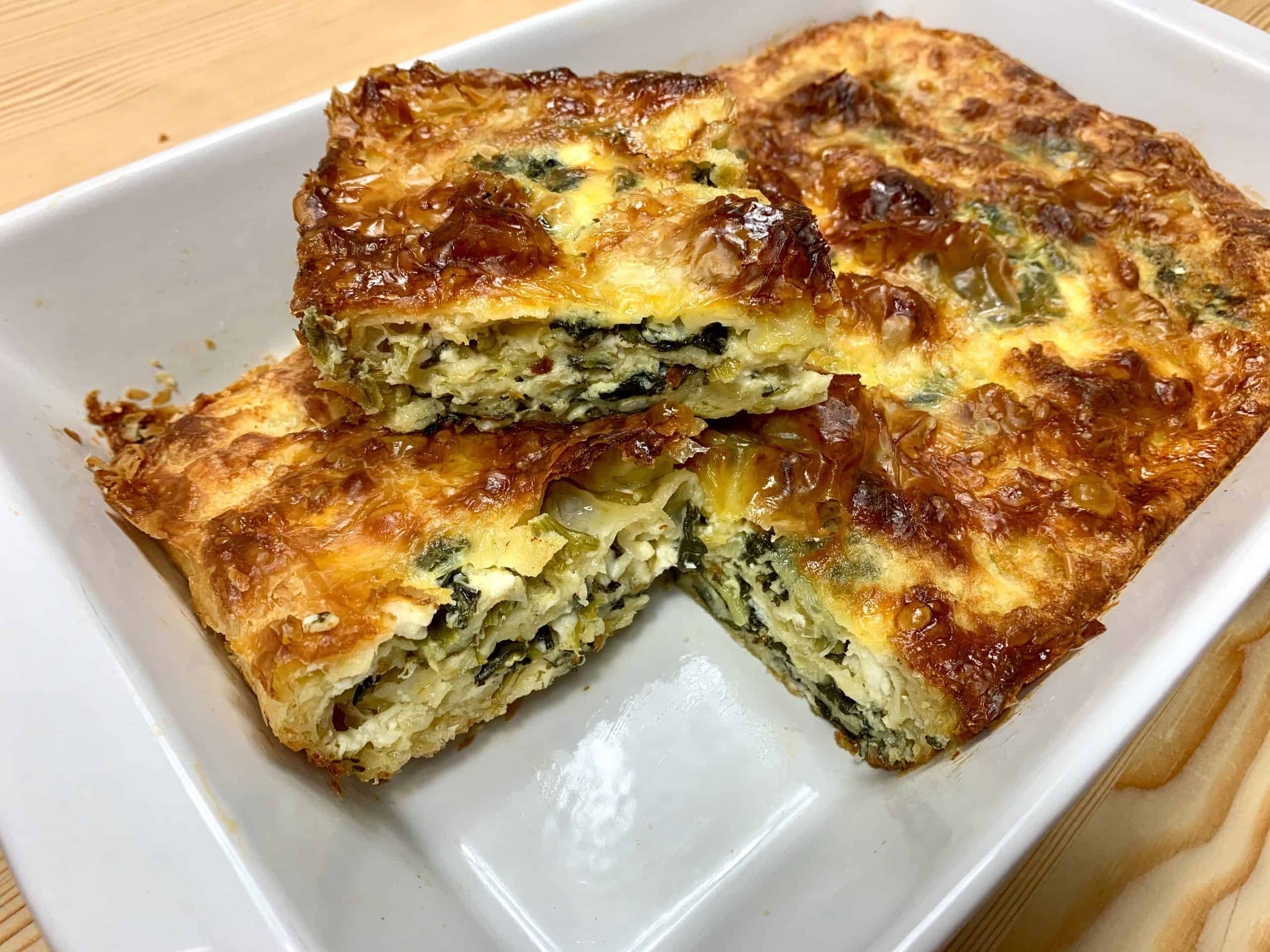 What are the ingredients for this classic Spinach Leek and Feta cheese pie?

Frozen spinach can also be used in this recipe. Defrost the spinach and drain it in a colander. If the spinach is not drained properly the pie mixture will become too watery.

How do I handle Phyllo pastry?

The most important thing is not to let the phyllo sheet to dry. If the phyllo sheet dries out, it will crumble. Prepare the pie filling and lastly open the phyllo packet. Once you open the packet and remove the phyllo sheets from the plastic wrap, unroll them and cover them with a wet towel. If you happen to use frozen Phyllo, then simply defrost it overnight in the fridge. Repeat the process as above. 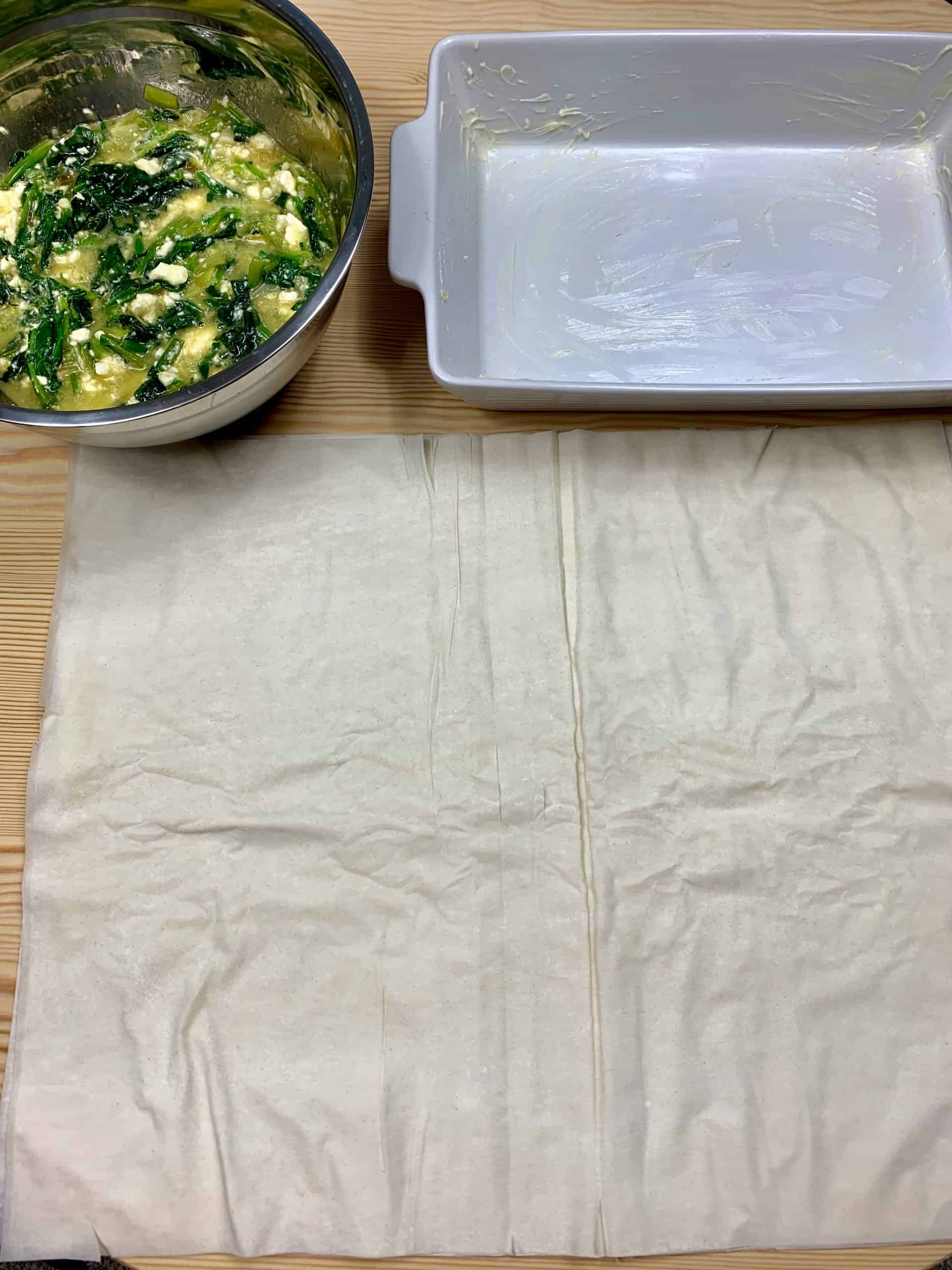 How do I prepare this pie?

This spinach leek and feta pie is very easy to make. Start by gathering all the ingredients. Wash the spinach and the leek under raining water. Drain the spinach in a colander. Roughly chop the spinach into large chunks. Remove the outer layers of the leek and slice it along its length initially and then into 1cm semi lunars. Sautee the spinach and leeks for a couple of minutes and set them aside (using the oil in recipe). Beat the eggs in a mixing bowl, break the Feta cheese into small pieces and melt the butter. Combine the eggs, Feta cheese, melted butter in the bowl and season with salt. 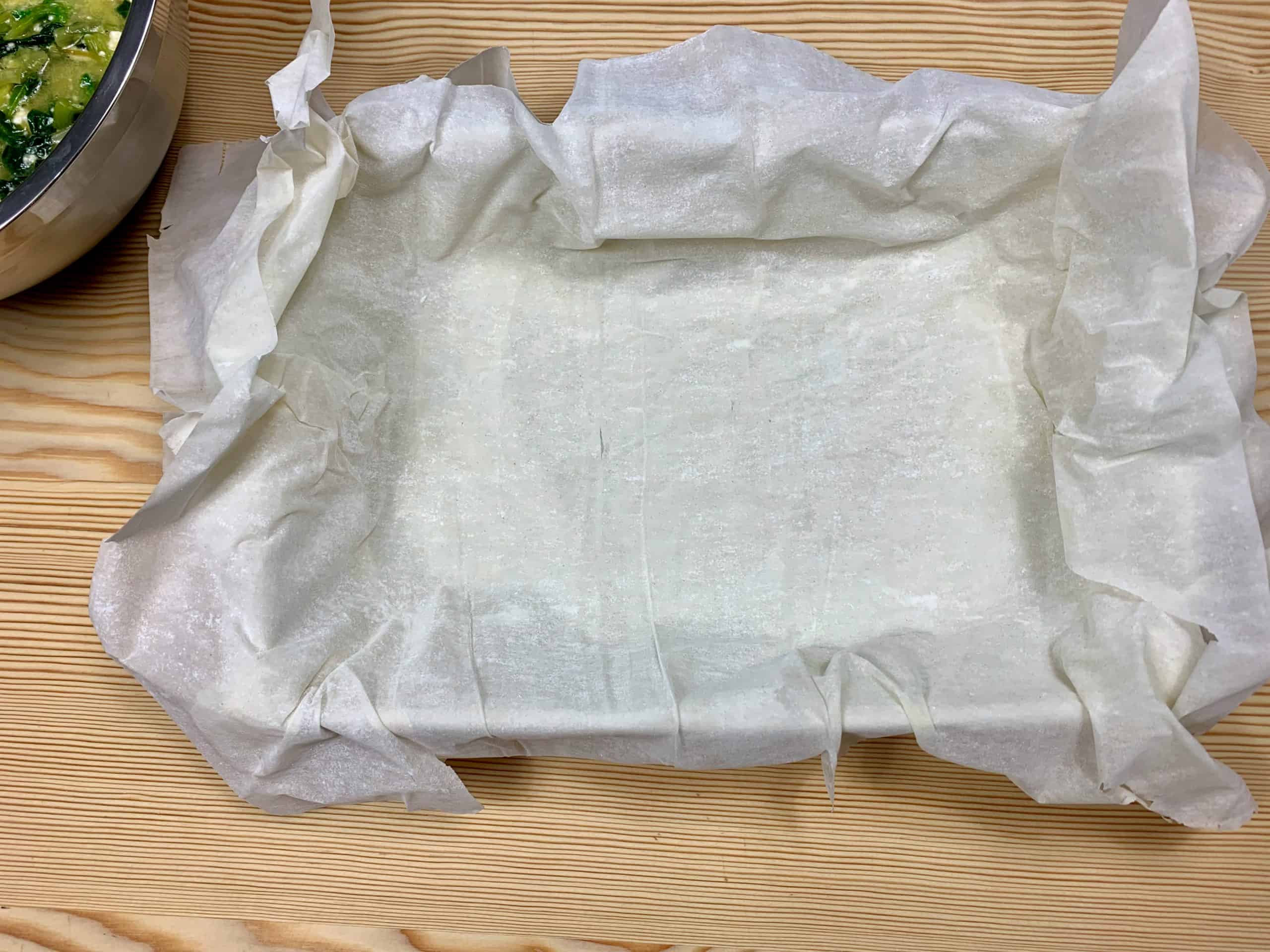 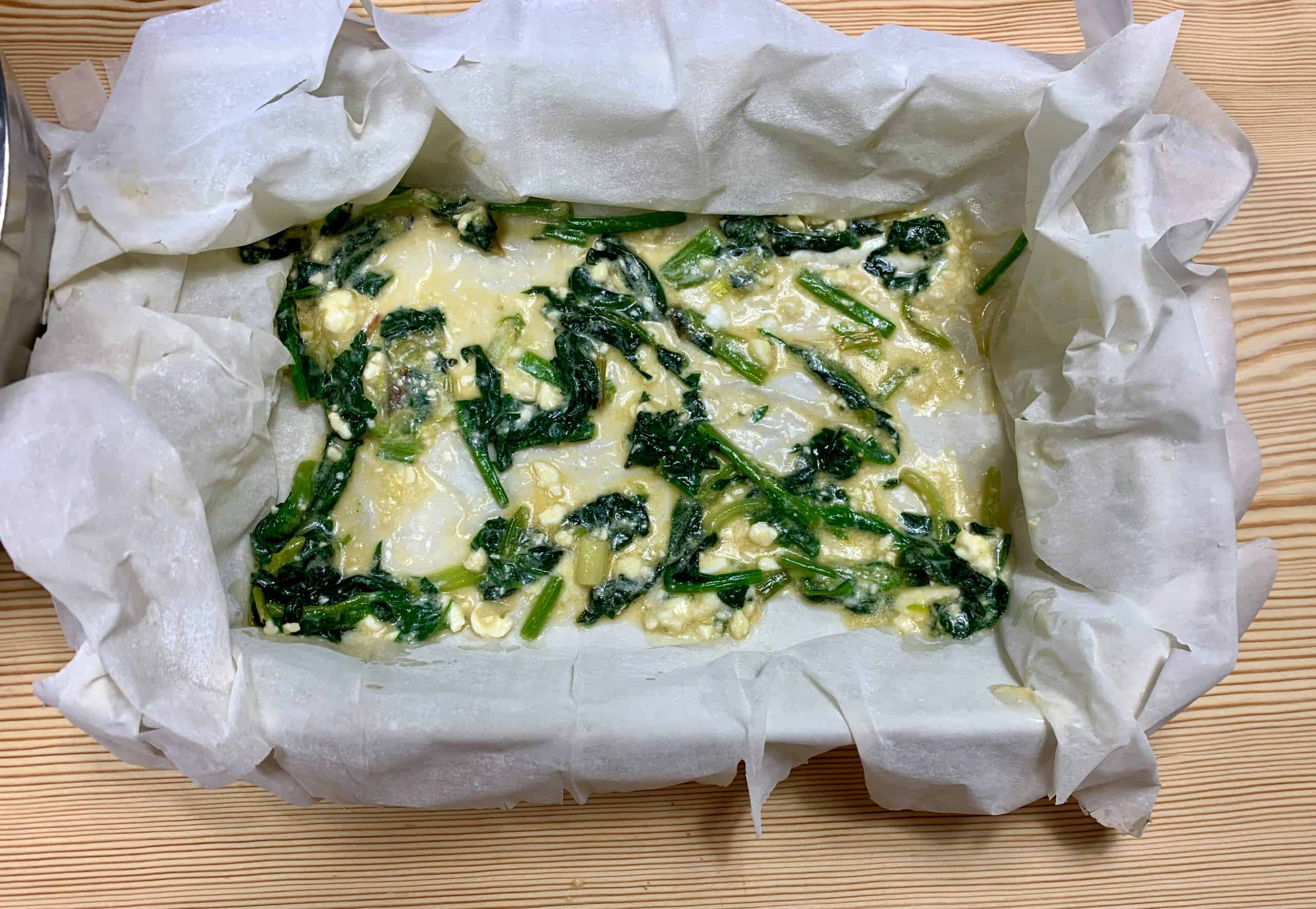 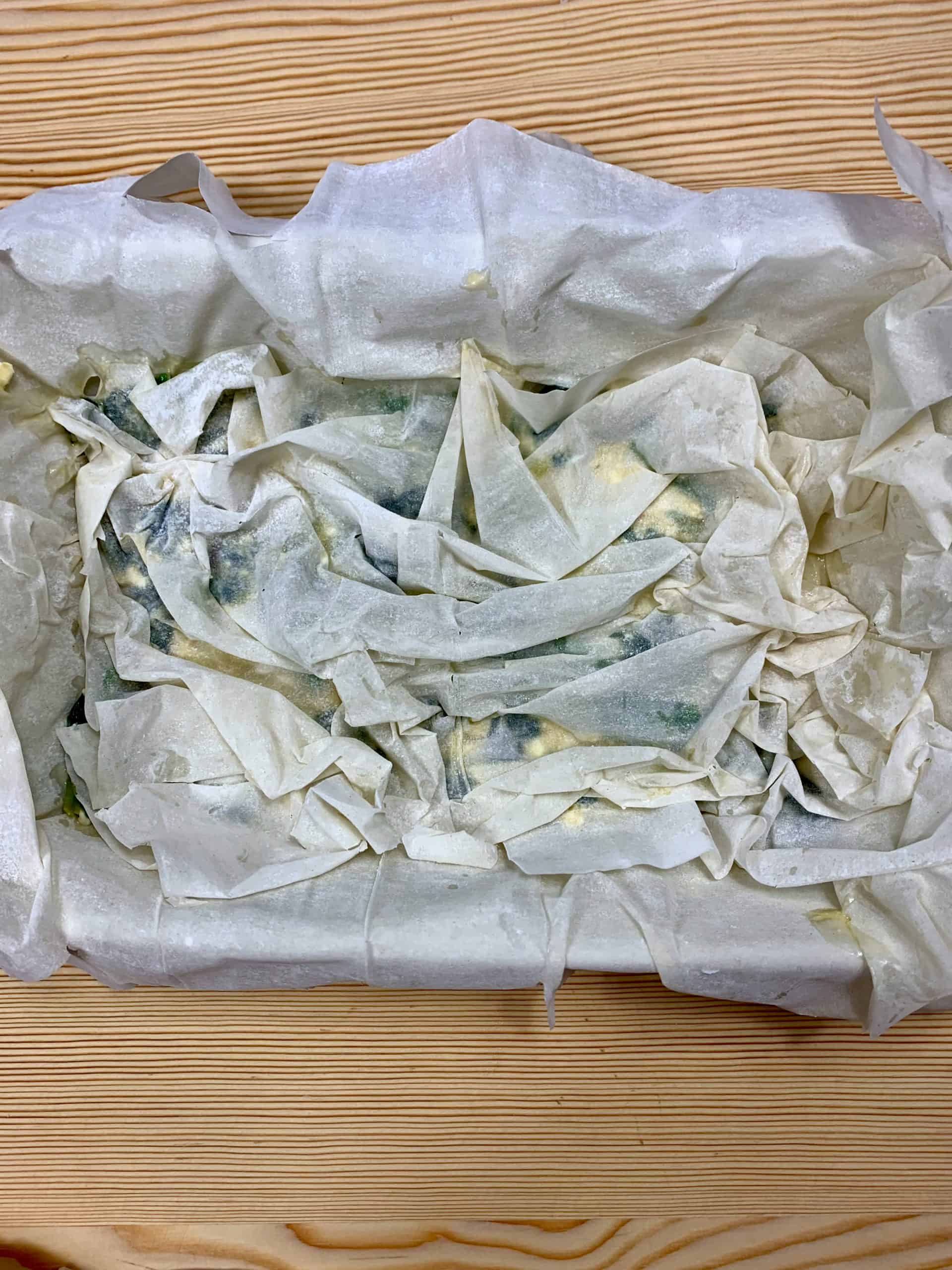 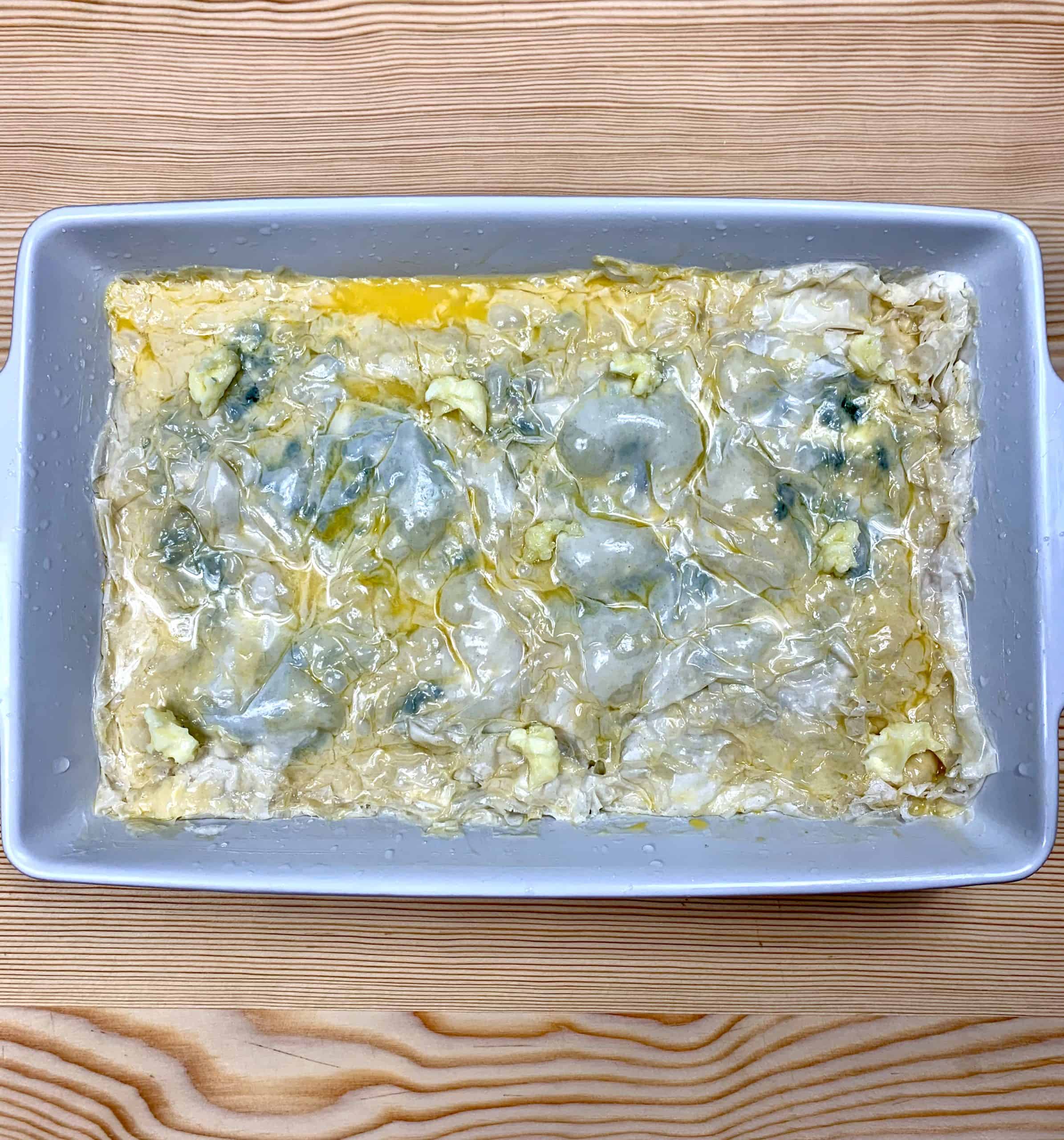 Pierce the pie with a fork and bake it for 45-50 minutes at 180C or 356F. You can cover the pie with aluminum foil at around 30 minutes of baking to avoid overbrowning.

Can I prepare this Greek Spinach Leek and Feta pie ahead of time?

You can prepare this authentic Greek pie ahead of time, store in the fridge and bake when needed.

Can you freeze this Spinach Leek and Feta pie?

This authentic classic Spinach, Leek and Feta pie can be frozen and enjoyed later. You can either freeze it prior to baking or after baking. Simply omit the last steps of brushing the top Phyllo sheet with the beaten egg and the butter cubes and freeze. When you want to bake it, take it out of the freezer, add the egg wash and butter and bake for an extra 15 minutes straight from frozen. You can also freeze the pie after you have baked it so that you enjoy it later. Simply defrost, reheat and enjoy.

If you love Greek savoury pies, then look no further. I have you covered! Taste tangy Feta cheese with Greek strained in this Tiropita recipe. For a mini version of Tiropita look no further than this Mini Tiropitakia recipe.

My other all time favourite savoury Feta cheese pie is the Kolokithopita or zucchini ( or courgette) one! So delicious and so easy to make! 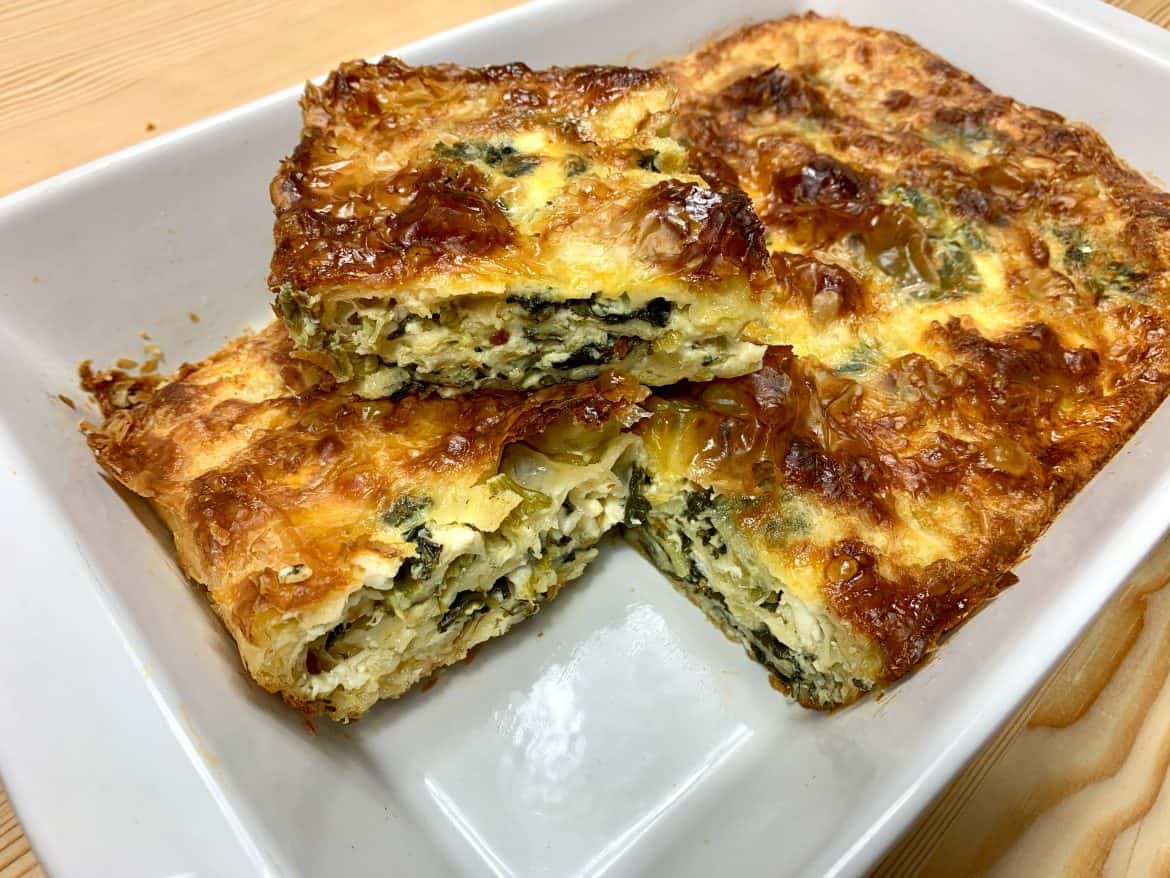 For the finishing touches: