Deliciously soft, velvety lemon lime and Greek yogurt cake glazed with refreshing lime icing. This light cake has no butter whatesover! Hard to imagine that such a velvety cake is made up of oil rather than butter! 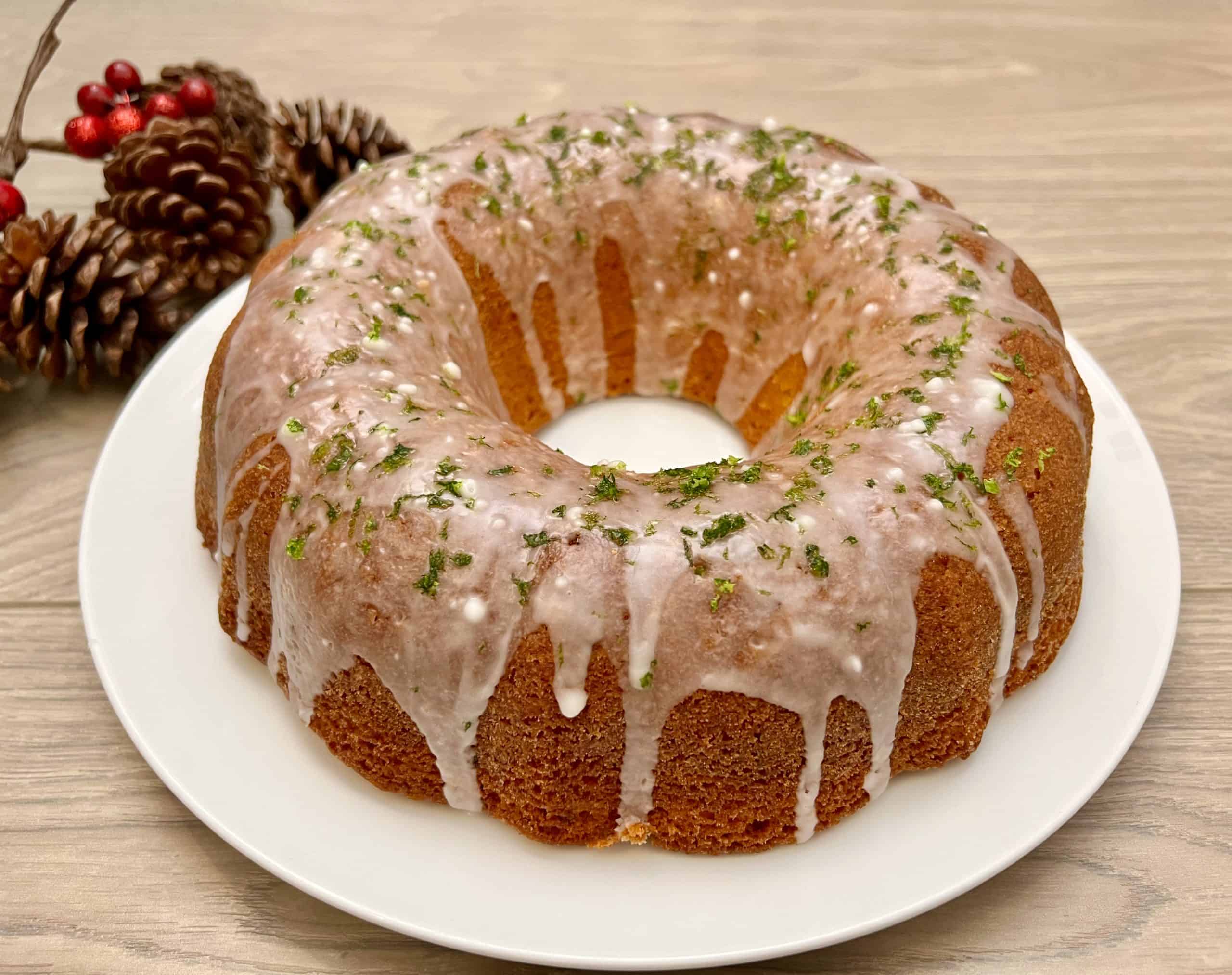 The secret to this citrusy velvety cake lays in the  Greek yogurt!

Greek yogurt versus other yogurts

Greek yoghurt is strained and has a thicker consistency than a regular yogurt. Straining removes excess water leaving this yogurt with a creamier consistency. In addition, Greek strained yogurt has a tangier taste and blends perfectly with the citrusy lemon and lime notes.

What does adding Greek yogurt to cake do?

Greek yogurt cake is one of the easiest cakes to make. The basic ingredients include Greek (strained) yogurt (of course!), self-raising flour, sugar, eggs, sunflower oil and vanilla drops.

In this lemon lime and Greek yogurt recipe I have added lemon and lime zest as they complement the tangy yogurt flavour.

Tip: Should you have only all-purpose flour, then simply add 2 teaspoons (10g) baking powder in every 150g (or 1 cup ) flour  to convert it to a self-raising one. 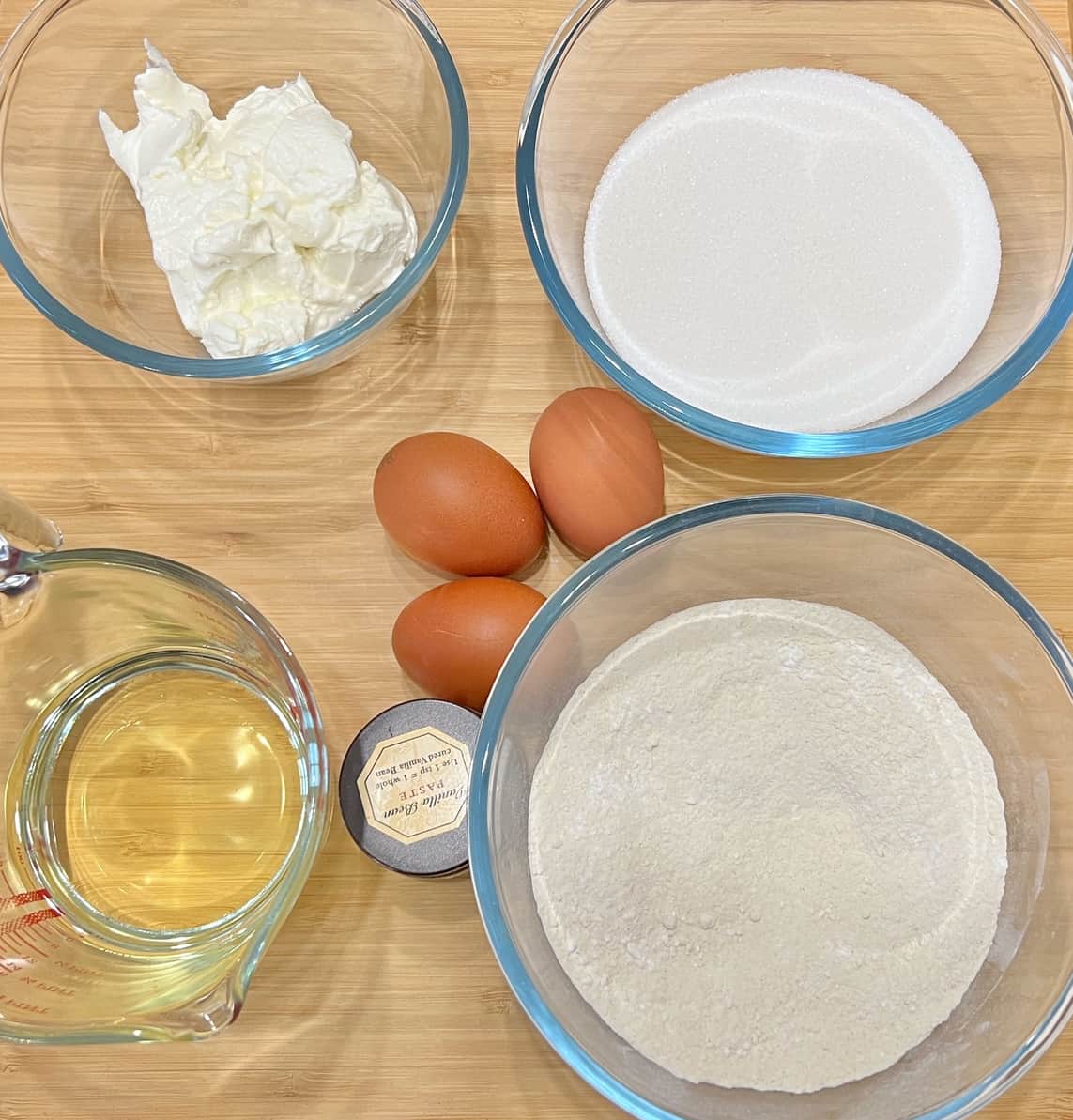 Can I use regular unstrained yoghurt?

This lemon lime and Greek yogurt cake calls for thick, strained yogurt so go for either Greek yogurt or Greek style yogurt. the unstained yogurts will be more watery and the cake consistency will be off. A simple easy to turn regular unstrained  yogurt to a strained one is by straining it with a cheesecloth.

Make sure you use only plain yogurts and not flavoured ones, no matter how tempted you are.

Sunflower and vegetable oils taste milder compared to olive oil and are thus preferred when baking. Olive oil has strong distinct taste. In addition, olive oil will make the cake heavier than any vegetable oil.

As you will notice in my recipe below

Zest versus juice in baking

Zest, the peel, ie the outer part of the fruit gives a much more citrusy flavour than juice does.  Juice, on the other hand, will give a milder taste to the cake.In addition, the green and yellow lime and lemon peels will give a wonderful appearance to the cake upon slicing.

Tips: Most fruits are covered in wax, so make sure you wash them well to remove the wax. In addition, when grating, make sure you do it right! you only want the outer peel and not the white inner pith. This  will only add a bitter taste to the cake.

Lemons are generally sweeter and less sour than limes. For this recipe I chose both limes and lemons in the cake mixture but only limes in the water icing.

Both zests will bring a citrusy taste to this light cake but it is the bright green zest which will make the cake stand out!

Storing this citrusy fluffy cake is easy. You can store the cake in airtight container for up to a week. You can also freeze a non-iced cake for up to a month. 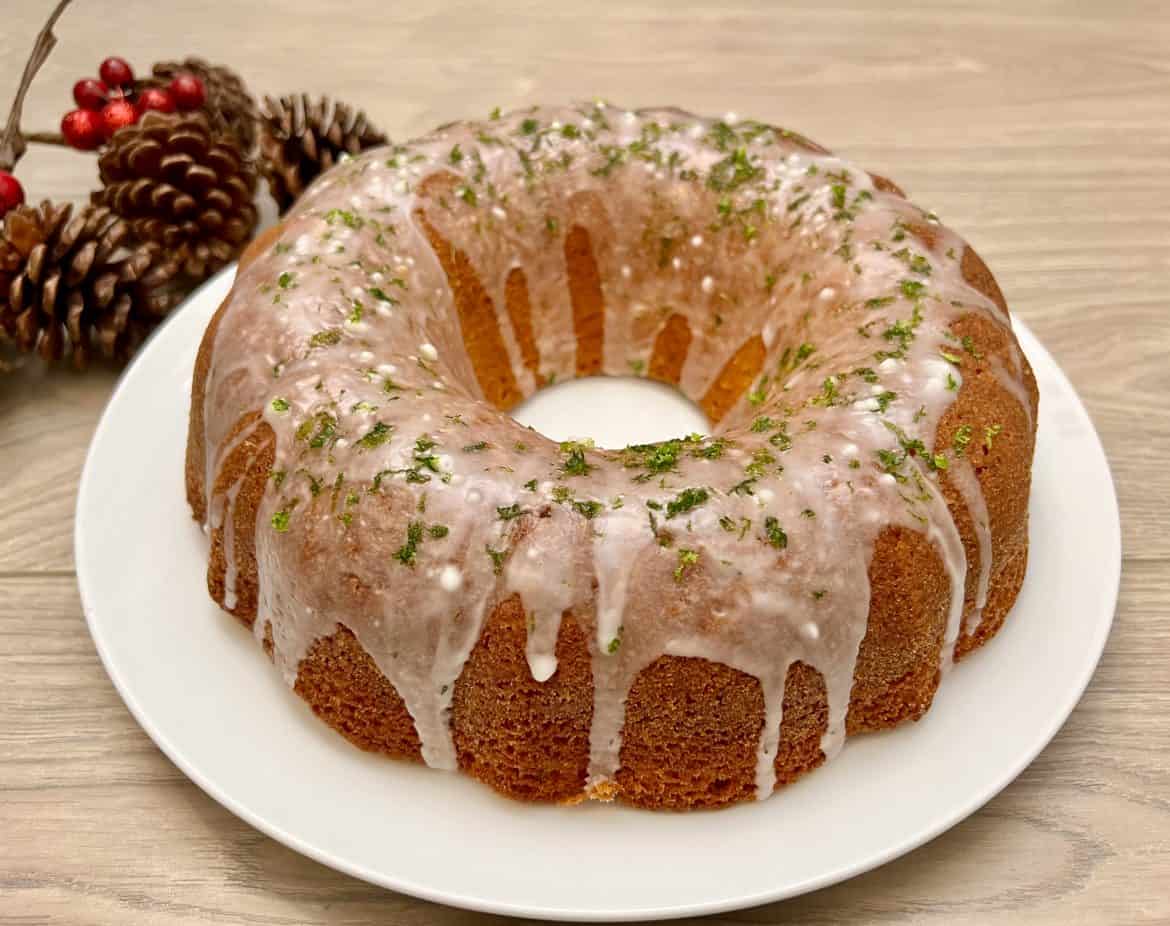